HOW HAS THE AGRICULTURAL FRONTIER ADVANCED IN THE COLOMBIAN AMAZON IN THE PAST 14 YEARS?

The Territorial Environmental Information System of the Colombian Amazon, SIAT-AC, administered by the SINCHI Institute, made available to the general public five maps that show the progress of the agricultural frontier in the last 14 years in the northwestern part of the region.

The northwestern region of the Amazon, where the departments of Caqueta, Putumayo, Guaviare, Nariño and Cauca, and south of Meta are located, is the area most transformed by human activities, particularly extensive livestock farming.

According to data from the SINCHI Amazonian Scientific Research Institute, the region went from having 3,286,798 hectares of agricultural frontier in 2002 to 4,865,053 in 2016, that´s 1,578,255 hectares more. Caqueta, Meta, Putumayo and Guaviare are the departments most affected.

The SINCHI Institute has generated maps that show the delimitation of the agricultural frontier from the transformed land covers for the years 2002, 2007, 2012, 2014 and 2016, and can be consulted and downloaded for free at http://siatac.co/web/guest/productos/frontera-agropecuaria

Modeling shows the spatial evolution of the transformation progress from the periphery of the region and is delimited within the zones of influence, with 3km on either side of the land routes that are connected to the interior of the country, and the navigable rivers that connect with these.

The transformed areas that are not in the areas of influence of the roads are also recorded on the maps, as well as the enclaves of transformation in the surroundings of municipalities such as Inirida, Leticia, Miraflores and Mitu, and corregimientos La Chorrera in Amazonas and Araracuara, in Caqueta.

The Territorial Environmental Information System of the Colombian Amazon, SIAT-AC (www.siatac.co), generates tools to facilitate the environmental management of the Amazon through the collection, organization, processing and provision of information of the region, fundamental in supporting decision makers in local and national processes. 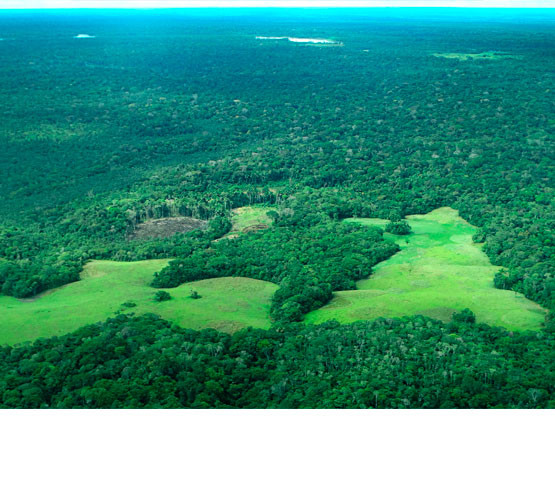