The settlement system comprises the set of buildings and human settlements in a territory, from the simplest rural or rainforest constructions of scattered habitat to major cities and urban agglomerations. The productive and reproductive functions relate all the settlements, a fact that confers to the group the concept of territorial system, especially with respect to a unitary domain to which they serve as union links or nodes (Zoido, et al., 2000). According to these authors talking about "settlement systems" reaches true meaning when the scope of reference has a regional or higher dimension. 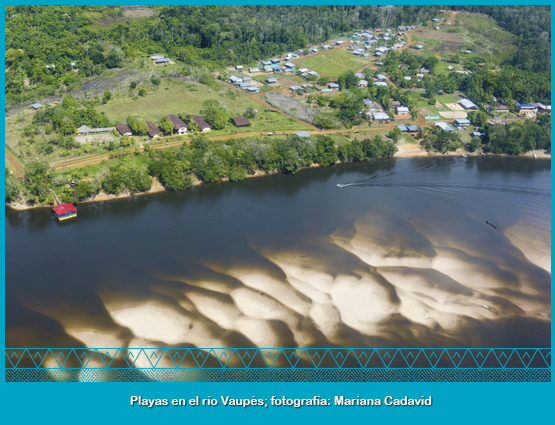 For the case of the Colombian Amazon region, the "Socio-environmental Dynamics" group of the Sinchi Institute, has documented for over fifteen years the occupation, settlement and urbanization processes, in a process of identification and characterization of its settlement system.

Human settlement in the tropical rainforest is defined as the support adapted for social establishment, which acts as a destabilizing stabilizer of the exchanges or as an instance of normalization and regulation of the cycles of matter, energy and information. The settlement or human habitat is the product of the sedentarization of man; it is the dialectical unity of the relations between man and nature, determined by the fact of production and location to exert such material and cultural production (Salazar, Gutiérrez and Franco, 2006). 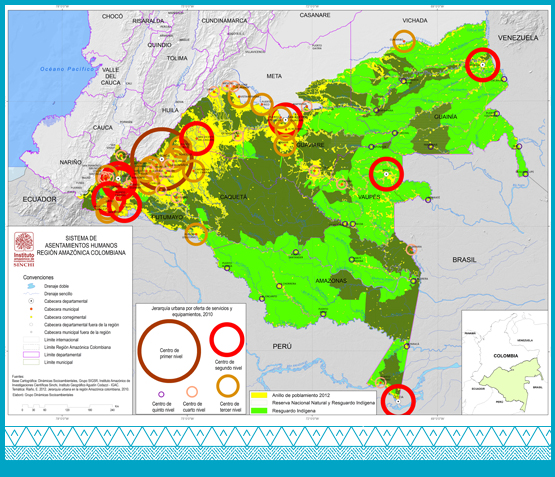