The Region of the Amazon Cooperation Treaty Organization -ACTO[1] corresponds to the integration of the hydrographic, rainforest and legal regions[2], adjusted to the political considerations of each nation that conform it. The surface area of the ACTO region is approximately 7,590,083 km2. 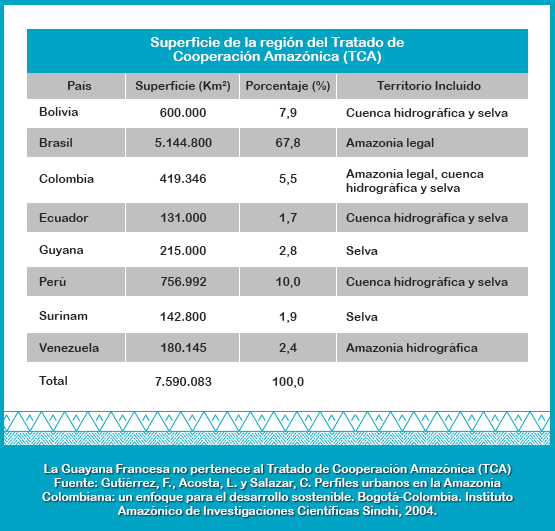 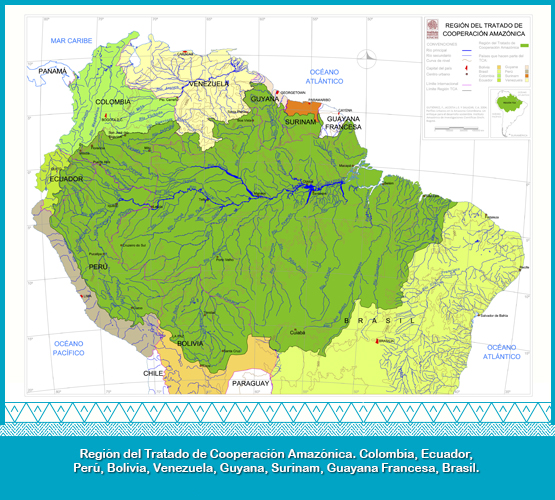 [1] The Amazon Cooperation Treaty (ACT) was signed on July 3 1978 by Bolivia, Brazil, Colombia, Ecuador, Guyana, Peru, Suriname, and Venezuela with the purpose of "carrying out joint efforts and actions to promote the harmonious development of their respective Amazon territories, so that these joint actions produce equitable and mutually beneficial results, as well as for the preservation of the environment and the conservation and rational use of natural resources ... "

In 1995 the Parties began the establishment of ACTO and its Permanent Secretariat in Brasilia. This decision was adopted to strengthen the coordination and joint action of the countries and respond to the social demands of the Amazon, promoting its sustainable development for the benefit of its populations. The Permanent Secretariat of ACTO was finally established on December 13, 2002.

[2] Conception of the Amazon defined by artificial limits of political and administrative convenience for the application of specific fiscal incentives for Brazil and Colombia. The Brazilian legal Amazon is conformed by the states of Rondônia, Acre, Amazonas, Amapá, Roraima, Pará, Tocantins, Mato Grosso and Maranhão. In Colombia it is bounded on the north by the Guaviare River, in the east with Venezuela and Brazil and in the South, with Peru and Ecuador.

REGIONS OF THE SOUTH AMERICAN AMAZON