GUAVIARE — When Flaviano Mahecha arrived here 23 years ago, in the southern Colombian department of Guaviare, he set about doing what so many settlers had done before him: scraping the leaves of coca bushes planted on the remains of destroyed Amazon forest.

With a brother-in-law, he borrowed money to buy all the tools needed to complete this initial phase of the drug production process. But on the day before the scraping work was to begin, army planes flew over and fumigated the area. Suddenly, Mahecha had nothing to show for efforts but 13 million pesos (about 3,800 euros) of debt.

"That was my cue that I needed to find another source of income," he says. "I started talking to local farmers and said, maybe if we looked beyond the end of our noses, we might see that coca brought us nothing but trouble."... 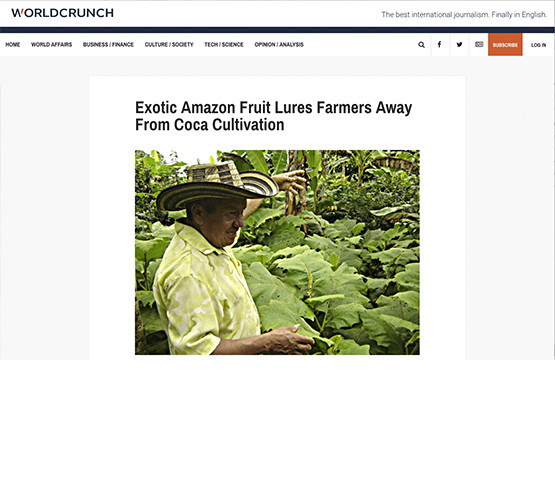