WAYUU TO THE MISAK: COLOMBIA’S INDIGENOUS COMMUNITIES AT FILBO

For those interested in Colombia’s indigenous communities – like Christopher Outlaw – FILBo 2017 had plenty to offer, from workshops and talks to book launches and content on individual stands.

The Ministry of Culture recognises 65 native languages spoken by Colombia’s indigenous communities, with over a million speakers combined. Linguistic diversity is enshrined in the constitution, including the responsibility of the state to protect native languages as well as the right to be educated and conduct official communication in them.

Sadly, half of these tongues –  fundamental Colombia’s indigenous communities identities –  are in danger of disappearing. The death of any language is a tragedy. Indeed, according to the Ministry, “The extinction of a language means the loss of ancestral knowledge, customs and traditions which form part of the richness and diversity of the nation.”... 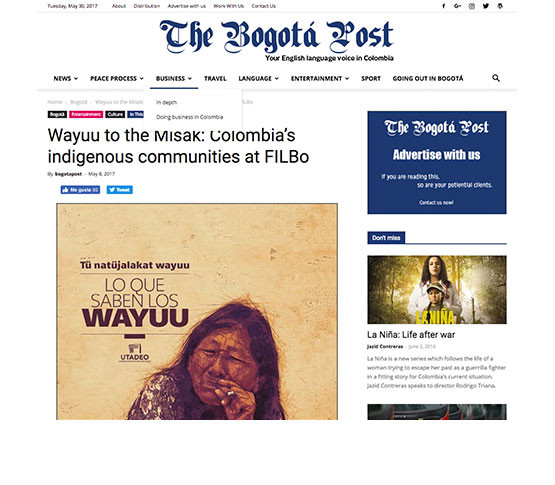