After a half-century of conflict, Colombia is regaining control of vast biologically rich areas that had been havens for rebel groups. Now, scientists are racing to create plans for conservation and sustainable development to head off an influx of illegal loggers and miners.

Brandishing automatic rifles, the guerilla fighters ordered Andrés Cuervo to leave his camping gear and research notes at the abandoned wooden house where he had been staying. One of the insurgents wrote “Do Not Touch: ELN” — the initials for the National Liberation Army — on a piece of paper and pinned it to the door with a fork as a warning.

The ornithology student, who had been doing field research deep in the Colombian jungle, had just been kidnapped.

This was 2001, and it was the third time in roughly as many years that Cuervo had been detained while studying birds. For decades, militant groups — most notably the Revolutionary Armed Forces of Colombia, or FARC — had been based in Colombia’s remote regions while fighting the government. Cuervo had hoped he could avoid the conflict and inventory bird species on the upper slopes of Serranía de San Lucas, an isolated, mountainous area in northern Colombia known for its exquisite biodiversity. In other territories, Cuervo usually asked local guerilla commanders for permission to conduct field research, and more often than not the strategy worked. But this time permission never came, and he was held captive for 15 days... 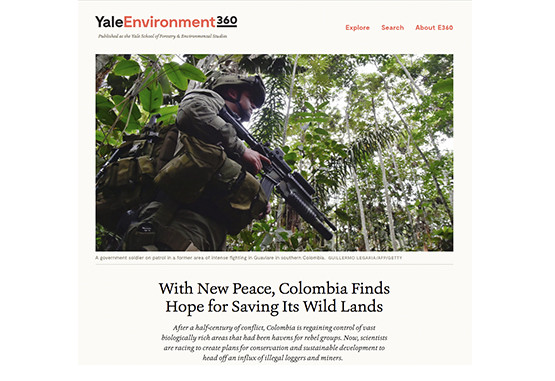