The information generated during the 2013-2014 biennium was reviewed and the results compared to the baseline for the year 2000, for catfish caught in the Caqueta, Putumayo and Amazonas rivers. In the Caqueta river, the negative indicator continues to increase, going from 46% of specimens captured below the statutory size to 49% (Figure 43). 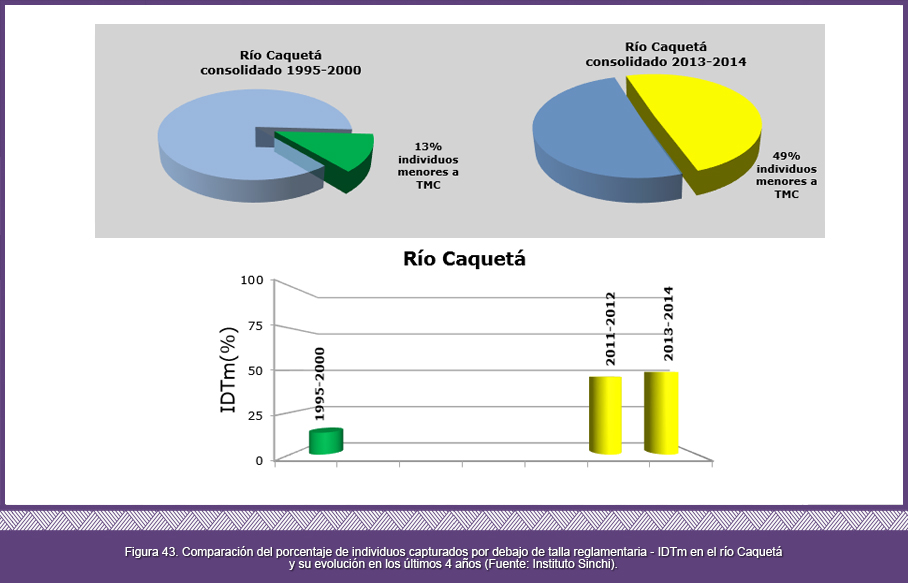 In the case of the Putumayo River, an improvement was present in the analyzed biennium, going from a worrying 51% of specimens captured under the MLS to 28%, as a result of the effort made by the fishing authorities in the Leguizamo arear during 2013 and 2014 , by means of seizures and sensibilization for respecting the statutory sizes (Figure 44) 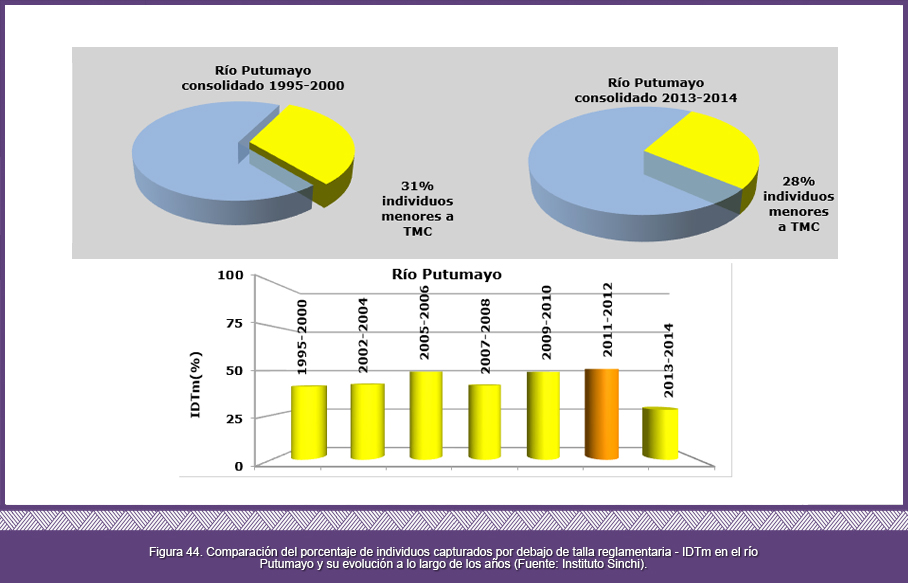 Unfortunately for the Amazon River the analysis does not indicate an improvement, so that the index of fish caught below the regulatory average size increased from 64 to 68% (Figure 45). Of these catfish, the genus of Pintadillos (Pseudoplatystoma sp) is the most affected