Of the total number of threatened species identified for the country, about 60 are found in the Amazon region, distributed in three categories of threat: Critical (CR), Endangered (EN) and Vulnerable (VU), according to IUCN criteria. The map shows the locations where any of these species have been found, represented by threat category. 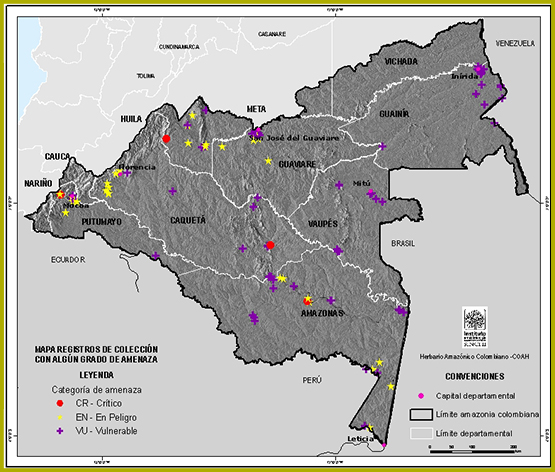 Species of threatened flora by biome

The map presents the number of species threatened by biome, where the biome with the greatest number of species is the Humid Zonobiome Tropical Amazonia-Orinoquia - ZBHT-AO (21) represented in 2 CR, 5 EN and 14 VU and Helobiome Amazonia- Orinoquia-H-AO (9), 5 EN and 14 VU; followed by the Litobiome Amazonia-Orinoquia-L-AO with 7 in category VU, the graph shows the distribution of records by category and by the biome of the threatened species. 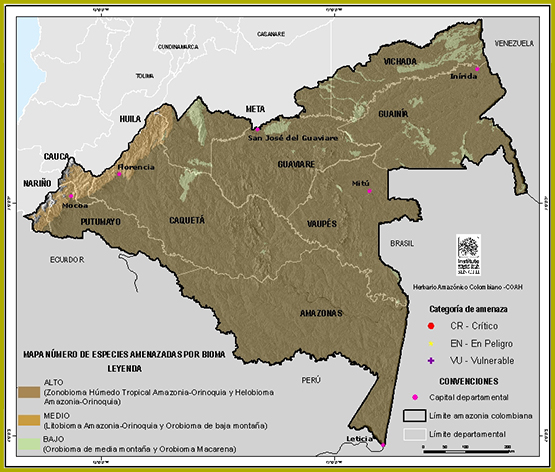 Species of threatened flora by department and municipality

As can be seen in the map, the municipalities with the highest number of threatened species are: Miriti-Parana, Puerto Santander and Tarapaca (Amazonas), Solano (Caqueta), La Macarena and La Uribe (Meta) and Mocoa (Putumayo), the graph shows the distribution by threat category in each of the municipalities of the region. 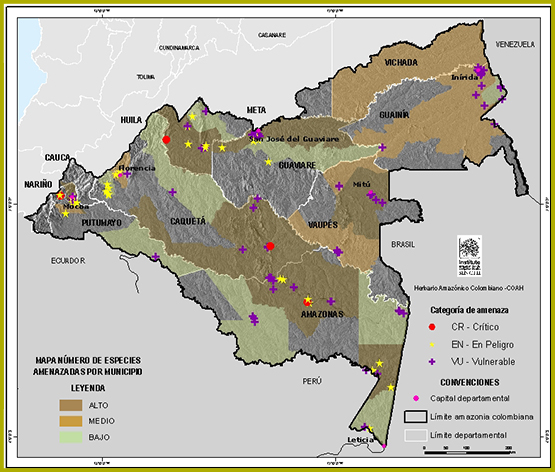 The table lists the municipalities with their respective threat records.