USEFUL PLANTS OF THE AMAZON

During the development of research carried out by the Amazon Flora Program of the SINCHI Institute, 1159 useful species belonging to 150 botanical families have been identified for the entire Amazonian region of Colombia. The collection is classified into 12 categories of use corresponding to: food, medicine, artisanal, fodder, psychotropic, toxic, ornamental, magical, fuel, sawmill, construction, dye and industrial. The percentage of species that have at least one identified use is presented in the table. The graph shows the number of records with at least one use category and the map shows the distribution of species with at least one use category. 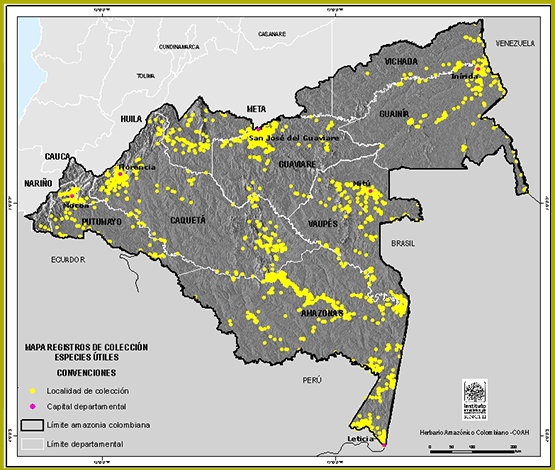 Species by category of use and by biome are represented in the graph, where it can be observed that the medicinal use (23%), timber (19%) and food (18%), are the most frequent for the species of the region. The map represents the number of useful species per biome, highlighting the Humid Zonobiome Tropical Amazonia-Orinoquia-ZBHT-AO and the Helobiome Amazonia-Orinoquia-H-AO with a greater number of useful species. 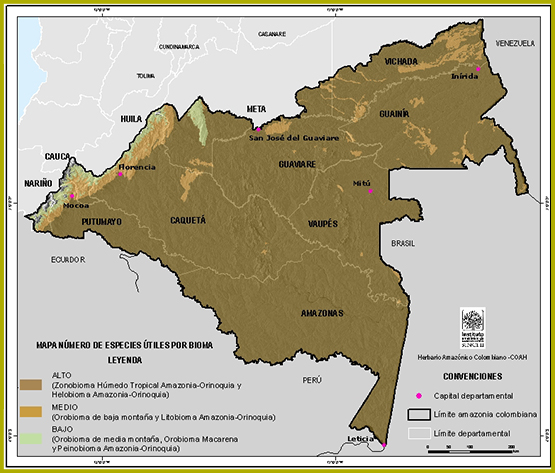 Useful plants by Department and Municipality

As for the departments, Amazonas stands out with the highest percentage of records of useful species (40%) corresponding to 843 species, Caqueta (17.9%) with 754 species and Putumayo (10.9%) with 466 species 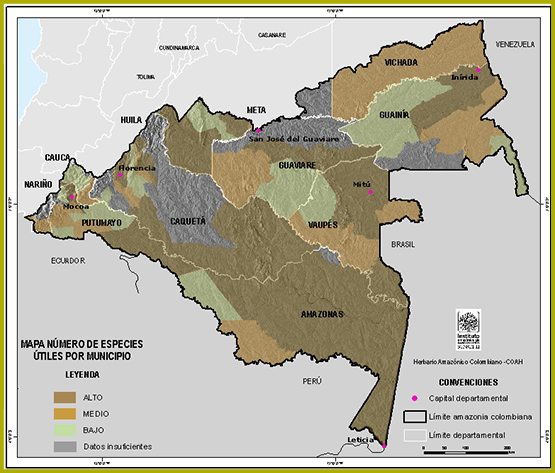