CIACOL is home to 48 lots corresponding to 17 species, reported to be under some degree of threat, according to the red book of freshwater fish of Colombia (Mojica et al., Eds 2012). 77% (14) of the species are within the Vulnerable category and the rest are Near Threatened. The greater part of the species belong to the catfish group (Siluriformes: Pimelodidae), which are important in commercial fisheries nationwide. 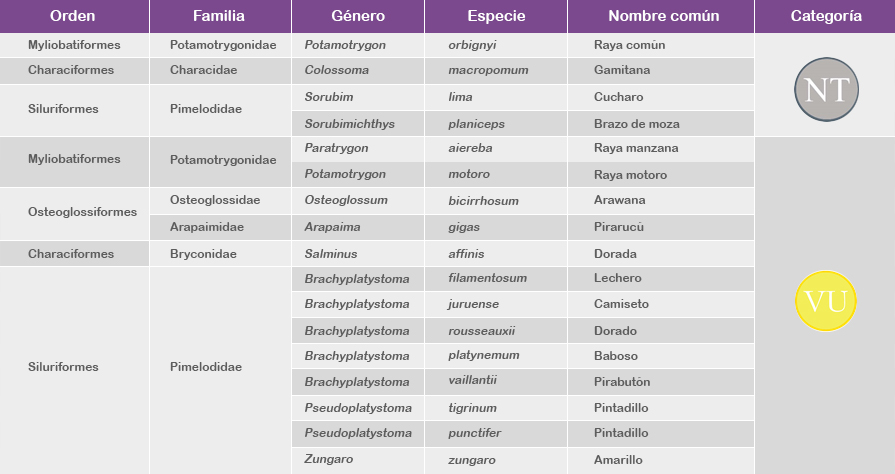