IMPORTANT RECORDS: Increase of the range of geographical distribution of species

CIACOL has made 80 geographic expansions of species that had not been registered in Colombia, corresponding to 44 species, most of them from the Vaupes river basin, which is one of the least studied in the country. 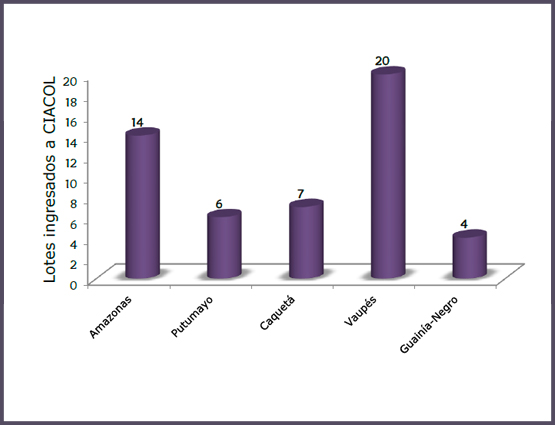 For the hydrogeographic region of the Amazon: 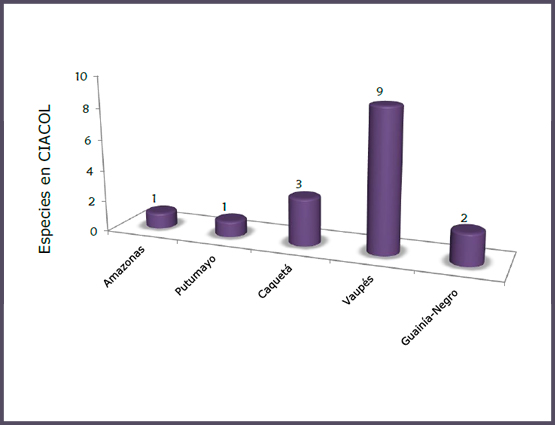 For the Amazon basins:

The range of distribution of 121 species corresponding to 224 catalog records has been extended to the Amazon sub-basins of Colombia. Just like in the new records for the Amazon Basin, the Vaupes sub-basin provides the largest number of records (74), followed by the Amazon and Caqueta with 47 and 45 reports respectively. 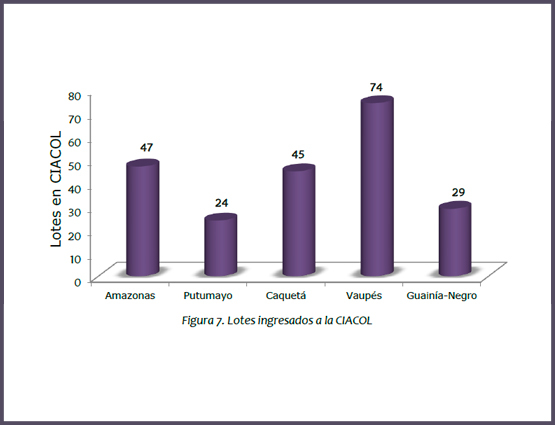 Ciacol is home to a total of 32 lots, which contain 14 endemic species from the Caqueta river basin. Most of them are grouped in the Loricariidae family (9 spp), and the rest in Characidae (2 spp), Astroblepidae, Heptapteridae and Auchenipteridae with one species each. 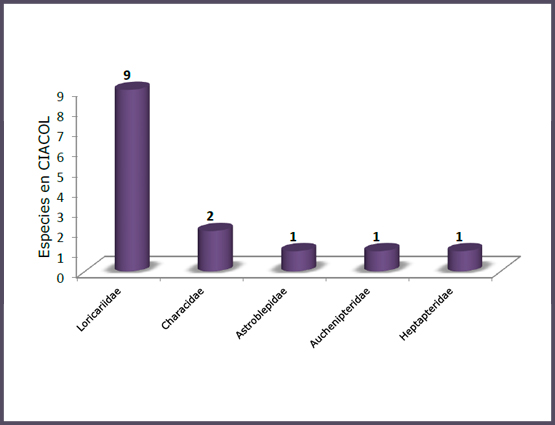 Number of endemic species by sub-basin present in the Ciacol (Source: SINCHI Institute).

The morphotypes or possible new CIACOL species are grouped in 34 lots, represented by specimens of 22 species, 7 families and 2 orders: Characiformes and Siluriformes. 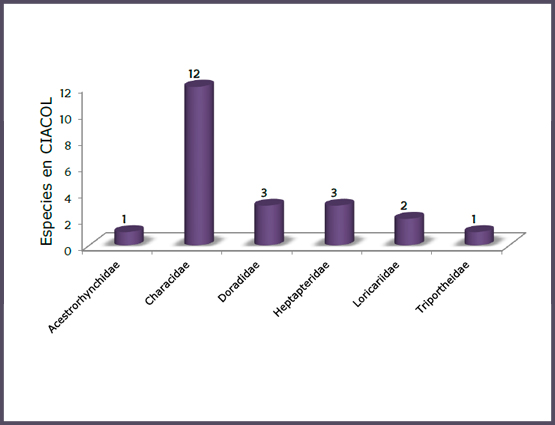